Woonsocket first responders give thanks

IBPO Local 404 out of Woonsocket, RI are doing everything they can to raise spirits and celebrate the essential workers all over their state.

WOONSOCKET — About 35 lights-and-siren parades of emergency vehicles have rolled in Woonsocket since the start of April, and six more are planned before the phenomenon winds down on Saturday, Woonsocket police said.
The decision was timed to coincide with Gov. Gina Raimondo’s easing her stay-at-home restrictions, Woonsocket Police Capt. John Picard said. “While they were an uplifting part of our day, we must focus more of our attention on the typical law enforcement activities that accompany an active society.”
Picard said Tuesday that lineups of about 35 police and fire vehicles were formed into tribute parades to celebrate workers at each of the five nursing homes, and shorter strings, of 10 or so vehicles, gave drive-by birthday excitement to children who couldn’t have a party this year because of the danger of spreading the disease.
Picard said most of those birthdays were for children around the age of 7.
The parade would assemble out of view of the birthday house, then come blaring toward it, lights, sirens, horns, scaring the neighbors for as long as it took them to figure out this was not disaster but delight.
A few parades paid tribute to employees of stores that had to stay open even though it wasn’t safe for workers. But the biggest parade, for medical workers on the second shift at Landmark Medical Center on April 23, brought in more than 75 emergency vehicles from northern Rhode Island and Blackstone, Massachusettts, enough to surround the hospital, Picard said. Emergency workers had honored first shift workers by lining up early and greeting them with applause and cheers as they arrived.
Asked if there were any indication that the tributes had any effect, Picard said an obstetrician told him that she had been delivering a baby at Landmark when the parade arrived so she couldn’t get away, but she noticed reflections of spinning lights on the walls. She couldn’t see squad cars and rescue trucks forming a heart in the parking lot, but she” received the message encoded by light patterns on walls: People care.
It wasn’t Woonsocket’s biggest parade, but the April 29 hero tribute at Oakland Grove Health Care Center happened to coincide with the 100th birthday of resident Mary Byrne. She had been diagnosed with coronavirus, one of 50 who tested positive at Oakland Grove. Twelve have died.
Byrne, however, recovered, and she was wheeled outside to witness the parade and watch firefighters and police officers get out of their vehicles and stand well apart from equally well-spaced city officials and staff from earlier shifts. They all sang “Happy Birthday.”

Written by Donita Naylor
Published in the Providence Journal 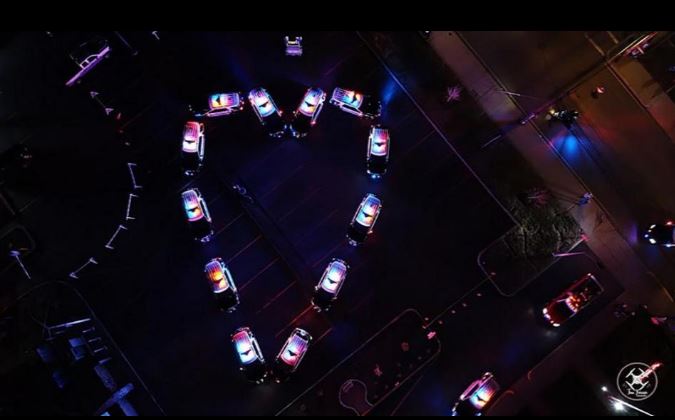 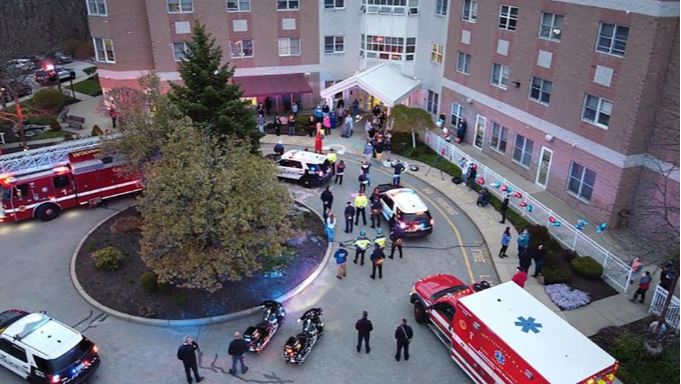 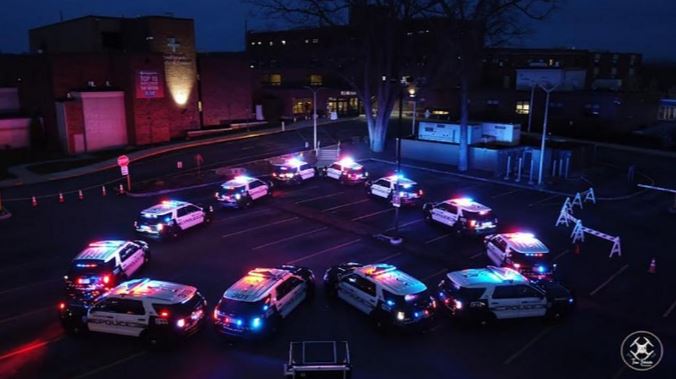 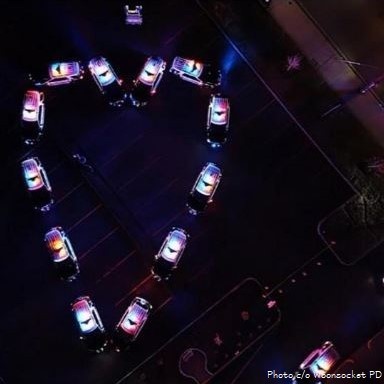