State Employee Layoffs Could be Coming to Massachusetts

Yesterday afternoon, the Baker Administration notified NAGE that due to a projected budget deficit of roughly $294 million dollars, the administration will be offering a voluntary lay off incentive and voluntary retirement incentive for Executive Branch employees.  The Boston Globe asked NAGE National President David Holway for comment on the matter please see the article below.

State employee layoffs could be coming to Massachusetts
The Boston Globe
October 14, 2016

Reining in the state spending, budget chief Kristen Lepore said, could chop executive branch programs — which range from help for homeless families to funding for the State Police. But she did not specify what, exactly, might face the administration’s ax.
Aides also raised the specter of layoffs among the 43,000-person workforce overseen by Baker. They said the administration would, on Monday, launch a buyout program for executive branch employees. However, those working for the long-troubled Department of Children and Families, where staffing levels have been criticized as insufficient, would not be eligible.

Retirement-eligible employees could get a $15,000 cash incentive to voluntarily stop working for Massachusetts. Others could get $5,000 to hit the exits.
After the program is complete, the administration said, it will “assess whether we need to further reduce the workforce.”

A top union official at the National Association of Government Employees, which represents thousands of Massachusetts state workers, said he doesn’t see the administration’s stance as a threat but rather a realistic position.

“If they’re looking for savings, I think a voluntary program is compassionate,” national president David J. Holway said. “Hopefully, enough people will look at it so there will not be any involuntary layoffs.”

But, Holway continued, “the size of the state workforce is already dangerously low. You can only cut it to the bone so much without adversely affecting public services that are important to the people of Commonwealth.”

Steven A. Tolman, president of the Massachusetts AFL-CIO, reacted with frustration.

“Why doesn’t he just shut off the lights and send everyone home?” he said. “When is somebody going to tell him we need revenue to keep Massachusetts healthy?”
In a letter to Baker, Lepore, the Administration and Finance secretary, said available revenue for the fiscal year that runs through June 2017 is poised to fall short of authorized expenditures. “The amount of this probable deficiency is estimated at $294 million,” she wrote.

The gap is attributable to weaker-than-expected sales tax revenue and, the administration said, the Legislature failing to fully fund several programs. Those include lawyers for indigent defendants, snow and ice costs, and emergency shelter for homeless children and their parents. On Friday night, 3,697 homeless families were being sheltered at state expense.

Earlier this year, the Democrat-controlled House and Senate overrode more than $200 million worth of Baker vetoes, which administration officials said effectively put the budget out of balance from the get-go.

Given that the state is only $11 million below expected revenue for a $39 billion budget, Senate President Stanley C. Rosenberg said last week, “it seems to me that immediate action is not needed.”

He said the state should continue to keep close track of the revenue situation.

“Cuts to critical services including home care, elder services, and public safety should be the last option,” the Amherst Democrat said.

Lepore, in a statement, said areas such as aid to cities and towns, local school aid, and “core services” at the Department of Children and Families wouldn’t see reductions. Cuts, if they happen, could reduce executive branch spending by about 1 percent.

The announced gap comes after a series of budget squeezes in recent years.

Noah Berger, president of the liberal-leaning Massachusetts Budget and Policy Center, said Friday’s announcement is “less about what is happening in the economy right now, and more about problems in our state budget — that we have been relying on significant amounts of temporary revenue to keep our budget balanced.”​

Temporary revenue is money that, unlike tax receipts, does not necessarily come in to state coffers year after year. Examples include money from selling a state building or diverting money meant for the state’s emergency savings account.

Berger questioned whether instead of just looking at spending cuts, the administration should also consider cutting “special business tax breaks” that Berger said cost Massachusetts about a billion per year.​

Eileen McAnneny, president of the business-backed Massachusetts Taxpayers Foundation, has said previously that the sluggish sales tax numbers are a cause for concern. On Friday, she said the Baker administration “is prudent to take executive action to reduce spending this early in the fiscal year while there are more options.” 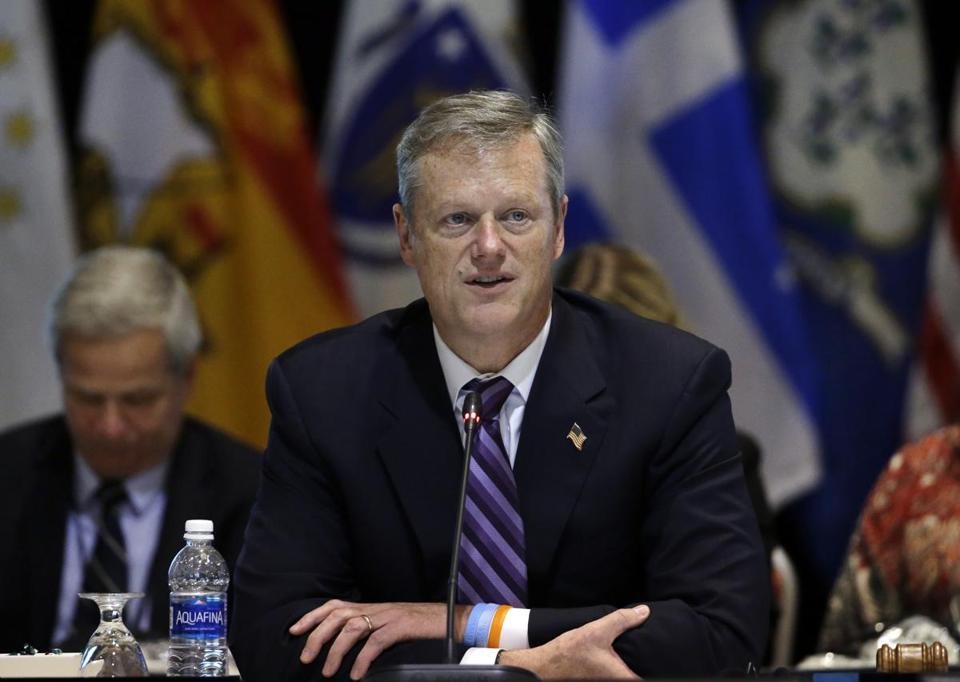