Gallup poll shows 71 percent of Americans approve of unions, the highest percentage since 1965. 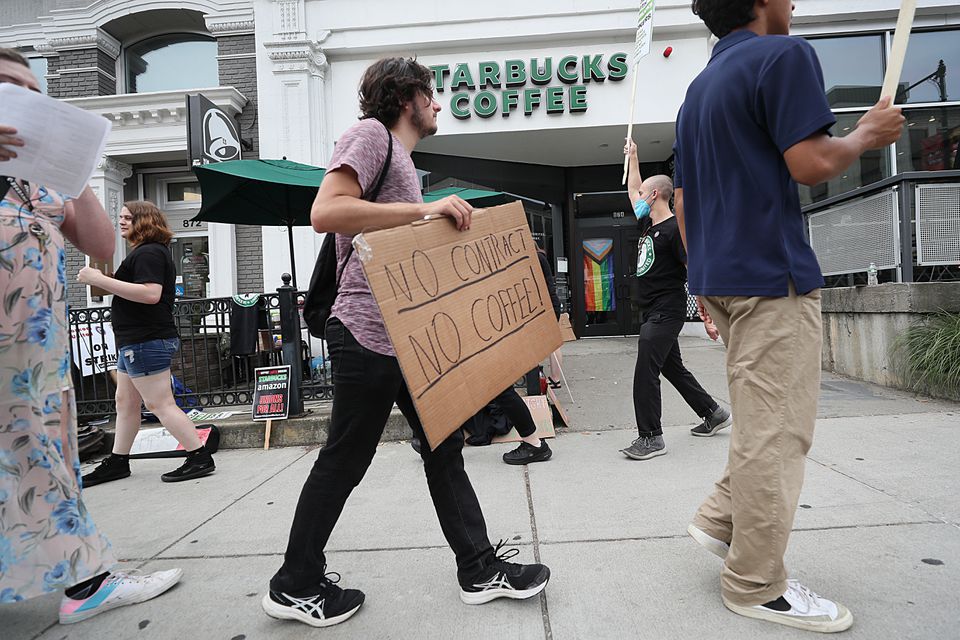 A slew of unionizing efforts at companies across Massachusetts reflects a national labor trend and a shift in attitudes about unions.

Last month, workers voted to unionize at a Trader Joe’s in western Massachusetts, becoming the first store in the chain’s history to do so. This year, multiple Starbucks locations in the Boston area have voted to unionize, and baristas at a Commonwealth Avenue store are currently leading the longest strike in company history. Workers at several local coffeehouses have also voted to unionize. And employees at other organizations, including Planned Parenthood League of Massachusetts, have followed suit.

The string of statewide union efforts has fueled renewed support among Americans for the labor movement. According to a Gallup poll released Tuesday, 71 percent of Americans approve of unions, a 3 percent increase from 2021 and the highest approval rating recorded since 1965.

Outside of Massachusetts, workers voted to unionize for the first time in recent weeks at a Chipotle in Lansing, Mich. Unions have also made significant inroads at Amazon, Starbucks, Apple, and REI, employers that have long resisted unionization. According to Sharon Block, a professor at Harvard Law School and executive director of the Labor and Worklife Program at Harvard, the success of recent union efforts are inspiring more workers to organize.

The uptick in union activity has occurred amid a persistent labor shortage that began early in the pandemic and has since left many industries short on staff.

Unionizing has been a hot topic in Massachusetts this summer, with workers rallying behind issues like fair wages and competitive hours. Carlos Aramayo, president of the hospitality labor union Unite Here Local 26, said support from local officials can inspire confidence for workers looking to organize.

“In Massachusetts, we’ve had a lot of state and municipal legislators who have been very supportive historically of unions and the right to form unions,” Aramayo said. “And I think that’s going to be really important going forward if we’re going to be successful in making the economy more equitable for workers.”

Though support for union efforts is growing nationwide, labor organizers continue to face significant challenges in the push for worker’s rights, according to Roxana Rivera, executive vice president of the 32BJ division of Service Employees International Union.

A monthly jobs report scheduled for release by the Bureau of Labor Statistics on Friday should help give a clearer picture of the strength of the labor market as policymakers try to rein in inflation.

Despite a 56 percent uptick in filings for union elections nationwide in the first three quarters of the 2022 fiscal year, labor experts say that many of these victories at major employers such as Amazon and Starbucks are mostly symbolic, covering a mere sliver of these companies’ enormous workforces. Meanwhile, although support for unions has been steadily increasing since the pandemic, union membership in the United States declined last year; only one in 10 workers is a union member.

“There’s still a huge disconnect between this recent organizing wave and long-term national membership trends,’’ said John Logan, a labor studies professor at San Francisco State University. “The real significance of these campaigns is not in the number of new members, which is pretty meaningless, but the excitement, optimism and inspiration they generate in some sections of the labor force — especially among young, politicized, educated workers in the low-wage service sector.”

Tens of thousands more workers have voted to join unions this year than in 2021, according to Bloomberg Law. Unions won 541 elections in the first half of 2022, covering more than 43,150 workers, the highest number of union victories in close to 20 years.

But union membership continues to decline in the United States, despite victories that have attracted national publicity. It remains unclear whether the surge in union election petitions will undo that trend this year. And the Gallup poll that found record support for unions also found that most Americans who aren’t in a union say they are ‘’not interested at all’' in joining one.

“If this wave of organizing is to translate into millions of new members, we need much stronger legal protection for the right to choose a union,” said Logan. “These kinds of campaigns at Amazon and Starbucks are also key to that. You’ll never get reform unless the public understands the issues, cares about them and believes they have a stake in the outcome.”

Full PDF of the article can be found here. 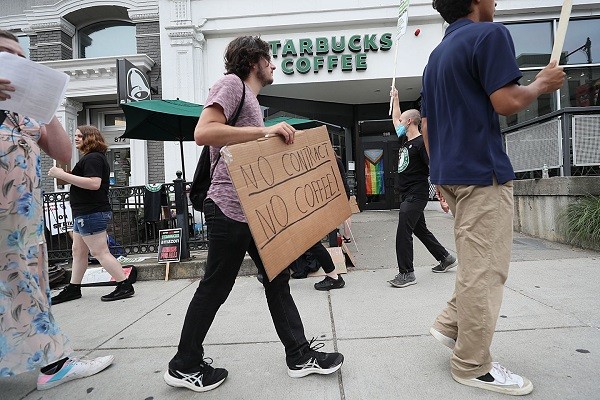