Presidents Knox and Cannon Appointed to Executive Board

The National Association of Government Employees would like to extend a congratulations to local presidents Debbie Knox and Harvey Cannon on their appointments to the NAGE National Executive Board. Both President Knox, NAGE R3-07 representing employees of the DC Office of Unified Communications (OUC), and President Cannon, NAGE R3-05 representing civilian employees of the Metropolitan Police Department (MPD), were newly elected to local office in April 2016.

President Knox has been a DC government employee for more than 30 years, serving as a Police Dispatcher, Police Training Instructor, Communications Liason and more. When speaking with President Knox in regards to her appointment to the Executive Board, she said, "When I became aware of this opportunity to the National Executive Board, I was excited, honored and a little nervous. However I will not allow nerves to stop me from serving to the fullest capacity I am able to perform.  It is my heart's desire to work with others within the body of NAGE to create a working environment our members deserve."

President Cannon has worked for MPD for 22 years following a 10 year service in the United States Air Force. Currently he serves as an IT Specialist with an emphasis on networking. He previously served as a Customer Relations Manager acting as a liaison to Executive staff. When asked about his appointment to the Executive Board, President Cannon stated, "I’m truly humbled and appreciative for my appointment to the Executive Board. I'm excited about the opportunities that exist to serve our members nationally. I’m thankful to President Holway and Municipal Director Lee Blackmon for their graciousness in appointing me to this position". 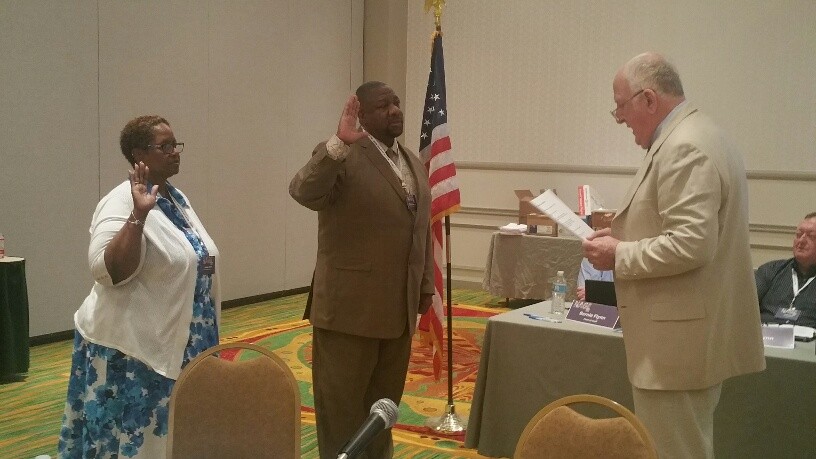