FOR IMMEDIATE RELEASE
NEW HAVEN EMTs, PARAMEDICS TO RALLY AGAINST
SAFETY ISSUES WITH AMERICAN MEDICAL RESPONSE
(NEW HAVEN, CT)—EMTs and paramedics working for American Medical Response in New Haven, Connecticut, are so concerned about a growing list of safety issues on the job that they’ll ask for the public’s support at a rally on Tuesday, April 19, at 3:30 pm on the New Haven Green.

“Absentee management at AMR New Haven has allowed several situations impacting worker and patient safety to escalate,” said Philip Petit, national director of the International Association of EMTs and Paramedics, which represents the AMR employees. “We’ve tried to use the normal channels to address these problems, but management isn’t working with us. We hope the people of greater New Haven will join us in putting pressure on AMR to do the right thing by patients and workers alike.”

Among the problems the IAEP has tried to address:
“If we want to depend on EMTs and paramedics to save lives in emergencies, the least we can do is make sure they have safe working conditions to help them do their jobs,” said Petit. “They’re such an important part of the community and I hope the people of New Haven will stand by them”

AMR New Haven provides 9-1-1 service for the city of New Haven and several surrounding towns, as well as providing scheduled medical transportation our of Yale New Haven Hospital and the West Haven Veterans Hospital. EMTs and paramedics there respond to some 85,000 caller per year, according to a Facebook post by AMR New Haven earlier this month.

AMR’s parent company, Envision, is worth approximately $3.7 billion. The company bought out its largest competitor, Rural/Metro, in late 2015 for an estimated $620 million.
# # # 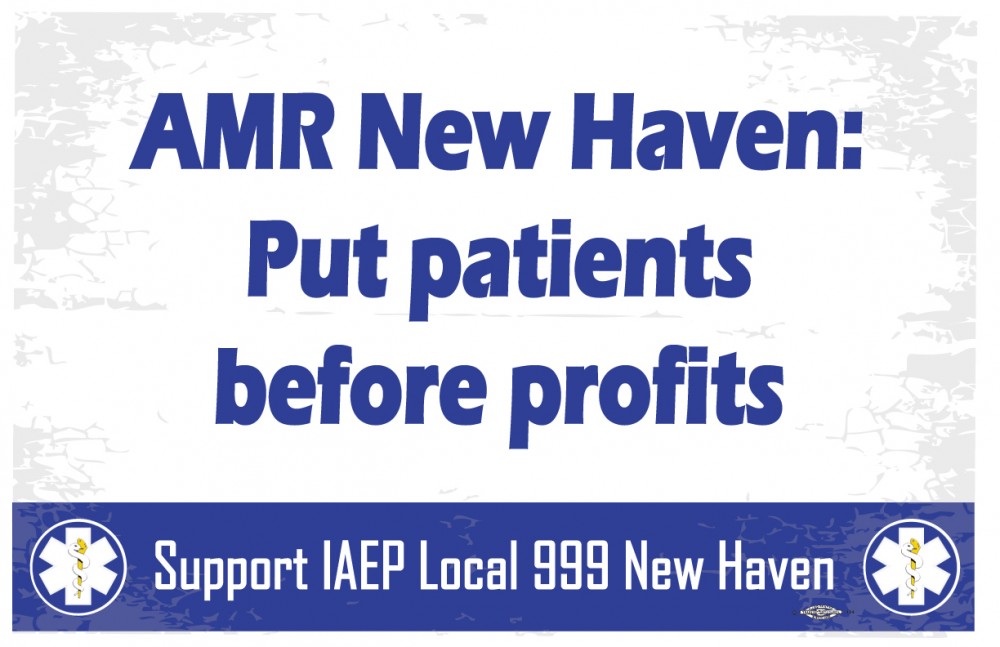