Washington, DC – NAGE Local R3-05 recuperated more than $650,800 in back-pay for several Crime Victim Specialists at the Washington DC Metropolitan Police Department (MPD). Some union members will receive as much as $200,000 in back-pay after it was discovered the MPD’s victim crime specialists were not paid the union contract rate of pay dating back to 2005 for some employees even though they are included in the R3-05 bargaining unit.

Local President Antonio Reed accomplished this through his successful working relationships with management and there was no legal action.  From the time Reed discovered the pay discrepancy, he met with HR representatives, management staff, and multiple rotating Assistant Chiefs before finally reaching resolution for NAGE R3-05 members.  NAGE National President David J. Holway congratulated President Reed and the members of R3-05.  “Through the diligence of President Reed and the Local Officials, the Local was able to resolve this longstanding issue for NAGE members who provide an invaluable public service to citizens of the District of Columbia.”

The Victim Specialists guide the family through the benefits and options provided to them.  “Victim Specialists are an irreplaceable part of DC MPD,” said Antonio Reed. “They are the first point of contact between DC government and the victim and their families. They deserve what they ought to be paid.”

President Reed has personally notified each employee who was owed back pay. According to his office, all disbursements were completed by January 1. 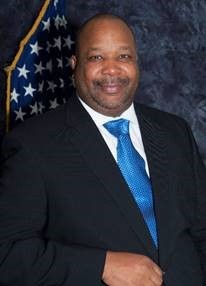