After a recent arbitration win and settlement agreement, over 1000 FUSE, Local R1-144 bargaining unit members will be receiving approximately $1.5 Million in back pay due to the hard work of FUSE Local President Dale Dandrea, Vice President Neil Jackson, and Assistant General Counsel Jim Dever.  The Arbitrator clarified the remedy in her December 31, 2015, decision, sustaining a grievance filed by FUSE Local R1-144 against the Department of the Navy, Naval Undersea Warfare Center (NUWC or Agency) finding that the Agency violated the collectively bargained Personnel Demonstration Project Extension Agreement of 2003 and the DEMO Extension Agreement of 2012 with FUSE, Local R1-144 when it failed to pay Bonus Pay in FY 2013 and ordering back pay to all impacted employees. NAGE National President David J. Holway congratulated the local on its success, “Through the hard work of President Dandrea and Vice President Jackson and their dogged determination in pursuing this matter, dedicated employees will finally receive the pay they are entitled to under the contract.”

NUWC employees’ pay was negotiated in 1999 under the Personnel Demonstration Project (DEMO). DEMO is a pay-for-performance system in which pay increases and bonuses are given based on an employee’s performance. In 2013 and 2014, the Agency violated the negotiated agreements by failing to pay bonus pay to employees, resulting in a loss of bonus pay wages of approximately $600,000 and $900,000, respectively. The Union filed grievances on both matters, the Agency responded by claiming they did not have to pay due to sequestration. However, the Arbitrator decided in favor of the Union, finding a violation when the Agency failed to pay employees their bonus pay in 2013.

Initially, the Agency only paid back-pay to a portion of the employees who were in the bargaining unit at the time of the 2013 bonus pay grievance, excluding retirees and those who were no longer in the bargaining unit due to job changes. The issue between the Union and the Agency then became, whether employees who were retired or no longer in the bargaining unit were entitled to back pay.
In her clarification of her 2015 award, the Arbitrator determined the appropriate remedy to be that, “All members of the Union are to be made whole under the terms of the DEMO 2003 and DEMO 2012. The Agency is to give the bonus point its proper value, to pay the Bonus Pay at the proper percent to the current bargaining unit members and to those who retired from the federal service after October 25, 2013, but before the January 17, 2014, pay out who had earned incentive pay for fiscal year 2013.”

As a result of the Arbitrator’s decision clarifying the award, former bargaining unit employees, including retirees, who were in the unit at the time of the grievance will receive back pay. “I am thrilled that the members were finally awarded what they were owed.  It was a tough road to reach this day, but thankfully President Dandrea and his members had the wherewithal to stick with it to the end. Perhaps this will give management pause the next time they try to go back on their word,” said attorney Jim Dever. The Agency and Local recently settled the 2014 back-pay matter, with the Agency agreeing to pay the employees their well-deserved bonus pay, in the amount of approximately $900,000.

Local President Dandrea expressed that FUSE employees could not be happier with the results. “Our members are very appreciative of the work that FUSE and NAGE did on their behalf to recover this money.”  He stated that “The fact that these employees did nothing wrong, yet were cheated out of their hard-earned bonuses by the Navy shows that unions are still necessary and effective in the federal sector.”  President Dandrea acknowledged that “Without the union, the employees’ only recourse would have been to sue the Navy in federal court, which would have taken years and hundreds of thousands of dollars.”  He was pleased that “The union accomplished this in much less time with very little cost to our members, which again shows the value of NAGE to Navy employees.” 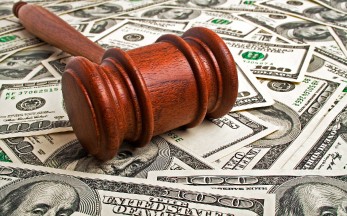