IBPO Attorney Jim Dever won a big decision at the Massachusetts Department of Labor Relations against the City of Boston in an ongoing case involving a chain of emails and a claim of attorney-client privilege in an arbitration over paid police details at an MBTA construction site at City Hall Plaza.

“What should be a simple arbitration about who has the contractual right to perform paid details turned into a convoluted derailment over redacted emails,” said Dever. “There is no reason the emails in question should have been redacted, and the hearing officer agreed with us. We’re looking forward to getting on with our case.”

In spring of 2013, the MBTA decided to renovate the Government Center subway station beneath Boston City Hall Plaza. Several city employees, including an employee of the city’s Property Management Department, a member of the Boston Police Department who serves as liaison to the PMD, and at least one city attorney emailed back and forth regarding a variety of issues involved in the project, including the process for staffing paid police details at the project.

As various parties discussed the process back and forth on email, the PMD employee and the BPD liaison indicated that they believed the city would be violating their contract with IBPO Local 650 if they awarded the paid details to the MBTA. The City of Boston ignored these concerns, and entered into a memorandum of understanding with the MBTA, which gave the MBTA the right to said details.

The IBPO pressed the case to arbitration and had its first hearing on the matter in July 2015. When the IBPO saw the evidence presented in the case, however, there were some omissions in the chain of emails among the city employees. A deputy commissioner’s response was redacted in the chain of replies. In fact, three separate email chains on separate dates contained redacted material.

The IBPO requested the unredacted email material in arbitration. The city then claimed they were protected by attorney-client privilege because a city attorney was part of the conversation.

A question of privilege

At the Department of Labor Relations hearing in November 2015 to consider the matter of the redacted emails, the hearing officer left the record open and directed the City of Boston to submit the email messages in question within several days for an “in camera” review, or private review by the hearing officer. In such a review, only the presiding officer of the legal proceeding (a judge, hearing officer, arbitrator, or panel of reviewers with legal authority) may review the material to determine whether or not it should be released as part of the continued proceedings.

The city’s attorney did not produce the email messages and appealed to the Commonwealth Employment Relations Board. The CERB sided with the hearing officer and affirmed her order, but the city refused again.

How the hearing officer decided the case of the emails

The hearing officer was left to make a decision about what to do. Although attorney-client privilege is an important principle in legal proceedings, it’s not absolute. There are a variety of situations or conditions that can render that privilege invalid. Here are some of the things the hearing officer considered in making a decision:

·        If a public employer has information that’s relevant and reasonably necessary to an employee organization in the performance of its duties as the exclusive collective bargaining representative, then the employer is generally obligated to give the organization that information upon request.
·        At that point, the burden shifts to the employer to show it has a legitimate, substantial concern about disclosing that information and that it has made a reasonable effort to give the union as much information as it can, consistent with those concerns.
·        If the employer is still concerned about disclosing information, the DLR should examine the facts and made a decision to balance the needs of everyone involved. DLR will give more weight to the need to disclose the information than the need to keep it confidential unless the employer can show a great likelihood of harm if the information is disclosed.

The hearing officer ruled that the City of Boston was wrong when it refused to release the redacted emails. In her ruling, she said:

·        The DLR hearing officer thought it was “illogical” that the city’s attorney needed information from city managers to negotiate which police force should handle the details, but the comments and questions he posed to get that information are irrelevant to IBPO Local 650’s claim to the details.
·        The grievance in the original case concerns IBPO Local 650’s contractual right to the details. One manager’s questions and comments to two other city employees about that subject relate to the union’s arguments to challenge the terms of the MOU about the project’s police details at arbitration. Because the final terms of that MOU were different from the opinions those other employees expressed in the chain of emails the IBPO saw, knowing that manager’s questions (in the redacted sections) might support the IBPO’s argument that the employees’ opinions were correct.
·        The employer’s obligation to disclose the information does not turn on whether or not the information will help the union win its arbitration. It is sufficient that the information will enable the union assess its rights and options along the way by reviewing the terms of contractual work assignments going to non-bargaining unit members.

The city has been ordered to release the emails to the IBPO, and the original arbitration over which police local should have been given the details on the construction project will continue. 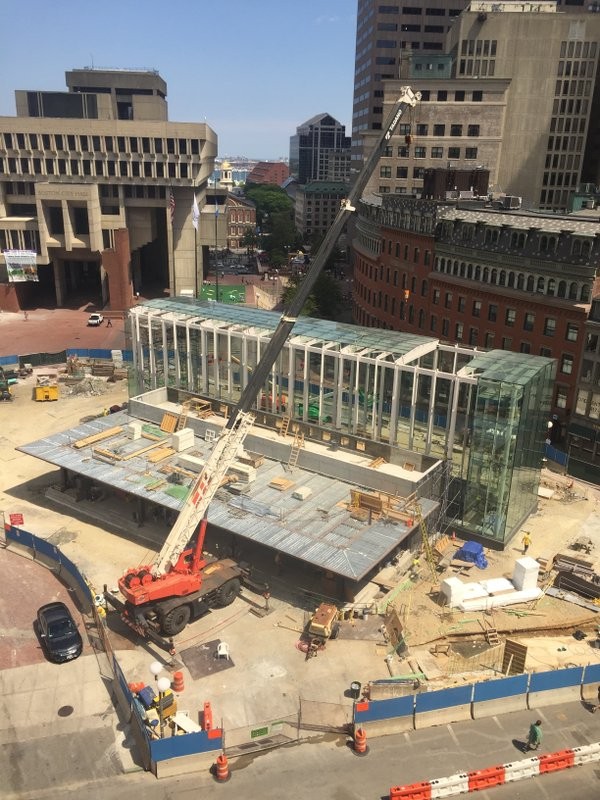