IAEP members have recently ratified first-time contracts in three locals in the Chicago area, bringing them all improvements in pay and on-the-job rights.

Paramedics in Bellwood, Illinois unanimously ratified their first contract after a long, contentious negotiation process with employer PSI. With the help of Chief Negotiator Dick Anderson and National Representative Nate Morrish-Smith, members finally reached a three-year contract that corrected wage inequities and included wage increases in the first two years. IAEP Local 601 members also get paid sick leave, paid holidays, and just cause protections. Bellwood, a village of about 20,000 people, is an historically African-American community about a dozen miles west of central Chicago.

Just to the south-east of Bellwood, the members of IAEP Local 708 in Cicero settled a contract with Metro Paramedic, a division of Superior Ambulance. While the negotiations took a long time to complete, Morrish and Negotiator Scott Schaub ultimately helped the paramedics solidify a fair pay structure based on seniority, wage increases in the first, second and third years, and a variety of on-the-job protections. They also get additional paid holidays with a “me, too” clause, which gives Cicero members additional holidays if Superior/Metro adds holidays to the other contracts they cover. Cicero is the state’s tenth largest municipality, with more than 80,000 residents and a significant Latino population.

Next door to Bellwood, IAEP members in Local R7-115 settled their first contract in Forest Park, a diverse village of about 15,000 people and home to the noted Circle Theatre. Paramedics there worked with Anderson and Morrish-Smith to settle their first contract with PSI, which included wage increases and sick leave, and paid holidays.

“Our members in Cicero, Bellwood and Forest Park stayed together and worked with us until we got those important first contracts settled,” said Phil Petit, IAEP national director. “Step by step, contract by contract, we build our members a better industry and a better future.” 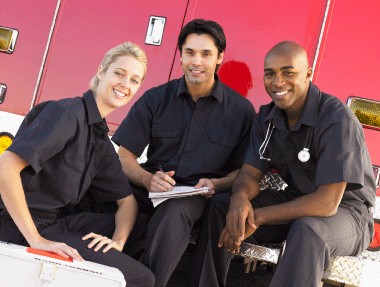