According to the Los Angeles Times, on Tuesday, February 24, a train derailed in Oxnard, CA at 5:42 a.m., sending 28 of the 50 passengers on board to the hospital with injuries ranging from broken limbs to head trauma. A few minutes after leaving the Oxnard Transit Center, Metrolink Train #102 crashed into a truck abandoned on the tracks. Three of the train’s cars flipped in the crash. The attorney for the truck’s driver said the driver accidently turned onto the tracks and was not able to get the truck off. The truck driver then got out of his vehicle and fled the scene. The crash is being investigated.

As people were escaping from the wreckage, Gold Coast Ambulance rushed to the scene to help the passengers in need. Just before their 24-hour shift ended on Tuesday morning, 11 IAEP Local 805 paramedics and EMT’s coordinated with local agencies to safely triage, treat and transport the 28 injured passengers to hospitals in the area.

"The teamwork and courage shown responding to the disaster early February 24th, was the perfect example of what IAEP Local 805 represents, “ said EMT Jeffrey Reed with Gold Coast Ambulance. “My colleagues jumped into a dangerous situation and put the needs of those injured people way above their own.”

Our thoughts and prayers go out to those who were involved in the crash and we thank those who responded in this time of need.

If you are interested in this story please find more HERE from the LA Times. 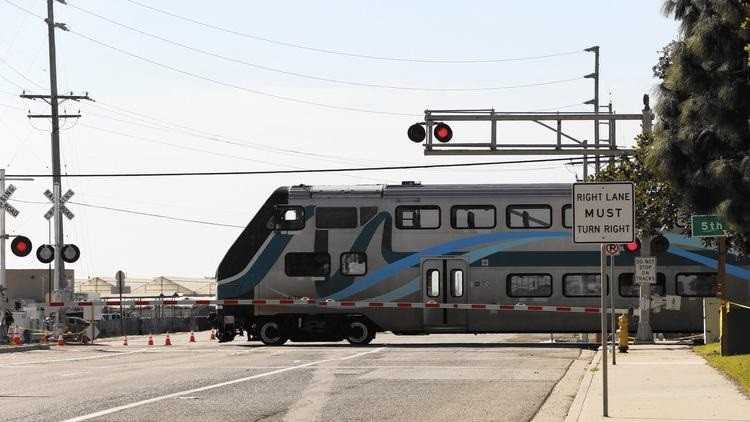