Emergency Medical Service Captains at a California ambulance company will reach a decision on whether to unionize under NAGE EMS on Wednesday. The decision will come after a National Labor Relations Board (NLRB) ruling that these workers are not considered supervisors under federal labor law.

Contention over their ability to unionize arose after captains at Falck Northern California Corp. approached representatives of NAGE Local 510, which represents paramedics and emergency medical technicians in the company, and requested representation for themselves.

The union filed a petition in April seeking representation for 15 captains at three Falck facilities. The company responded that, because the workers are considered supervisors, they are ineligible for union representation.

The captains’ supervisor status, the company argued, came from their authority to assign work to and discipline field employees.

The NLRB decision, released last Thursday, upheld a July ruling from NLRB Regional Director Valerie Hardy that rejected this idea that the captains should be considered supervisors.

“In denying review, we agree with the regional director that the employer has failed to establish the captains' supervisory status on the basis of assignment, discipline, or effective recommendation of discipline," the NLRB wrote.

Douglas Hall, Lead Counsel for the NAGE affiliate International Association of EMTs and Paramedics (IAEP), confirmed that, in order to be considered a supervisor by the NLRB, a worker must independently direct employees with independent judgement, as well as have the ability to discipline.

“The hearing found that the authority of the captains is derived from the contract that the county has with Falck,” Hall said. “How captains respond, are rerouted, or carry out discipline comes from a decision matrix already decided by the company.”

As a result, said Hall, the captains were found to not be exercising independent judgement over the areas of concern, and thus were not considered supervisors by the NLRB.  The decision succeeds in giving clear guidance for what a statutory supervisor is for the EMS world, said Hall.

Now, the captains await the results of their vote to join the union.  Ballots were sent out on July 9 and originally set to be counted on August 3, but were impounded by NLRB pending their decision.

More than this, EMS workers would now have the ability to maintain union protection as they climb the ladder of their profession. If an EMS worker wanted to rise through the ranks of EMS work and maintain their union representation, they now could.

“Our ability to add captains to our union family creates a stronger union across the board, and gives us the ability to bolster our numbers, which is where our strength comes from,” said Hall. 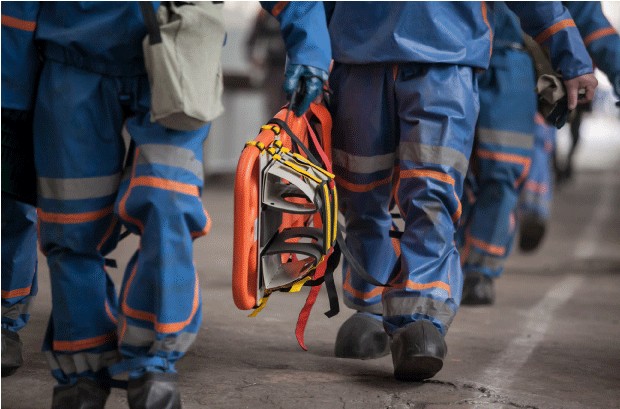